In order to promote the Kingdom of Cambodia and help new visitors and customers to get an idea of the destination, one’s need ‘in-depth and insider information’, and such information that only someone living and working in his/her native country would perhaps know!

We, at All Dreams Cambodia, would like to add this to the general information needed to help new visitors and customers to the Kingdom prepare and enjoy their holidays, and make their very Dream of Cambodia come true!

TOP 10 REASONS TO TRAVEL TO THE KINGDOM OF CAMBODIA:

1- The Kingdom of Cambodia is a many-splendored thing

3- Cambodia beaches have been ranked among the top ten in the world, and are being classified recently as a member of the “Most Beautiful Bays in the World”

4- For her graceful and hospitable people, and the intensity of human exchanges

5- For the warm and smiling faces

6- For the yet-to-be-discovered Khmer cuisine and the variety of food available (many TV documentaries have been broadcasted recently and famous Chefs from around the world have even cooked for His Majesty the King!)

7- For the bird sanctuary in the Great Tonlé Sap Lake which is soon-to-be inscribed in the UNESCO World’s Natural Wonders, as well as for the rare and endangered-specie fresh water dolphins in Kratié town (also known as the Irrawaddy dolphins)

10- For the numerous yearly festivals (Khmer New Year in April, Royal Ploughing ceremony in May, All Souls’ Days in the pagodas in September, Water Festival with the long-tailed boat racing and salutation to the Moon in October/November depending on the Lunar Calendar, …)

Siem Reap / Angkor, former Capital City of the Angkorian Empire
1- For Angkor Wat, the largest religious monument in the world and surrounding World Heritage site (be it at sunrise or sunset from a tethered balloon!) or for an Ancient Khmer style Gondola boat promenade at sunset (sipping Champagne on the moat of Angkor Thom, and out-of -time experience!), for the newly restored Baphuon Temple and Khmer masterpiece by French Ecole Française d’Extrême-Orient after more than 20-year restoration work and effort!

2- For the Great Tonlé Sap Lake, the largest and rich-in-fresh- water-fish lake in the world

3- For the Prek Toal Bird sanctuary and sunset cruise on the lake, floating villages and inundated forests during the rainy season with superb photo shooting opportunities (with the Photography Tours and the yearly Angkor Photo Festival)

4- For the great opportunities to discover local life style in the countryside that dates back to bygone centuries and rich handicraft (Khmer silk, stone and wooden sculptures and lacquered artefacts) at the Old and Night markets

5- For the many-choice accommodation styles the city has to offer, ranging from small guesthouses and boutique hotels to world class top luxury hotels (not to even mention great cuisine and food and the vibrant nightlife on Pub Street in the Old market area) and various activities (such as world-class golf ranges,…)! 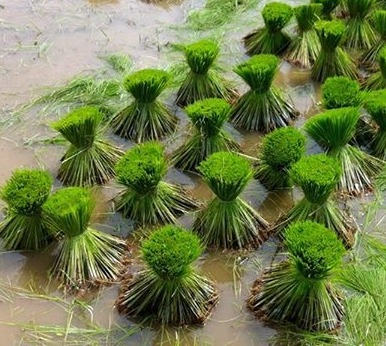 2- For the wild and undiscovered islands off-shore (fancy a Robinson Crusoe experience and life style far from the madding crowd, and if so, – do head straight to Koh Rong Saloem) or for the Honeymooning and Romantic atmosphere on Song Saa Private Island Resort

3- For the by-the-seaside leisure and sport activities and diving experience or simply,

4- For an absolute farniente

5- For the great seafood on offer

Describing the Kingdom of
Cambodia in 10 key words

A personal view and testimony
from the Sales and Communication Manager

“The Kingdom of Cambodia, despite its recent dark history and decade-long turmoil and which was almost on the brink of disappearing from the world map, is currently experiencing a thriving revival like a phoenix rising from its own ashes! Business is flourishing, visitors are re-discovering this long-forgotten and secluded land, her century-old traditions and customs, and the art scene is leaping forward: the Royal Ballet has been recognized by UNESCO as an Oral and Intangible Heritage and the world starts to rediscover this form of classical dance that captivated and enthralled French painter and sculptor Auguste Rodin more than a century ago! Visitors to the Kingdom of Cambodia will also discover other nascent forms of arts such of music, sculpture, painting, design, fashion, play and circus by the talented young artists and former street children from a French NGO based in Battambang which the young troupe is now touring Europe, Japan and Australia!

What is my favourite part of my native country and why?

“My favourite part of the country is indeed the seaside area and city of Kep, a former sleepy beach resort that has a special atmosphere, Deauville-in-Normandy style during her glorious past in the sixties. Located not too far of the capital city Phnom Penh, Kep-Plage holds a special place in my heart! Then-Prince Norodom Sihanouk, Head of State, wanted to make Kep-sur-Mer a sort of Cannes of the Côte d’Azur, thus Kep-Côte d’Opale, with a Movie Festival and a Concours d’Elégance Automobile. Phnom Penh elite used to rush on weekends to Kep to escape from the heat of the capital city Phnom Penh (global warming was not heard yet in those times)! There was great seafood (even oysters) and a Japanese soldier from World War II who decided to remain in the country he loves and who grew strawberries, asparagus and Choux-de-Bruxelles on cool and green nearby Bokor Mountain Range!

Life passed by, tranquil like a river flowing by, with simple family gatherings and laughs until the war broke in the early seventies, and darkness fell on Kep-sur-Mer. The city now still retains traces of her former glory along with the legacy from the dark years, but is gradually awakening from her long sleep with newly opened hotels and restaurants! When visiting Cambodia, Kep is must-see and worth a visit spot for her heart-breaking and out-dated atmosphere of bygone years!”

What is my favourite thing about the Kingdom of Cambodia and why?

“The warmth and smile of her graceful and hospitable people from all walks of life, the glorious Angkorian past and the vivid traditions and culture” will not only take your breath away, but will also make your Dream of Cambodia come true and will keep you fell deeply in love with the country for a long, long time somewhere deep in your heart, even after you return back home! Experience the Kingdom of Cambodia, now!”